Making Lemonade Out of Lemons

I finally went to a Ski Club meeting. I had joined last February and not been on an outing or to a monthly meeting since. I did not know that there was a ski club that included cross-country skiing until TG and I ran into them on an outing last February. We joined them on that outing and went out to dinner with a bunch of them on the way home that night. I joined as soon as I got back. In October I had tried to register TG and I for a cross-country ski trip they were taking in January but by the time I got around to it we were on the waiting list. One bitter night last week I received an email from TG immediately followed by one from the ski club stating they had added more rooms and now had room for TG and I. I considered telling TG about it and asking him if he wanted to go, as friends. But decided it was too soon and he wasn’t giving me any indication that he wanted that kind of friendship from me anyway. I told them I would be at the meeting the following night to talk about it. I had already forced myself to go to the December meeting by purchasing a club shirt online – I had to go to the meeting to get it.

So off I went nervous but excited that with the start of ski season coming up I was going to have people to ski with. There were at least 80 people there. Mostly older but a smattering my age or younger. But I must admit that I often forget I’m a woman in her 40’s and am sometimes surprised to look in the mirror and see the 40 year old looking back at me. So often I feel like people are older than me who are not! Anyway I tracked down the woman who had emailed me about the trip and explained TG and I were no longer together. I asked if she had any openings for a single. She said yes in fact she did! She had a slot open for a room with two other ladies. She introduced me to one of them that was at the meeting and who immediately took me under her wing for the evening. She introduced me to everyone we crossed paths with that she knew. Some I remembered from that one outing and some remembered me and/or TG. We went to the buffet and ate together and chatted off and on throughout the meeting which included speakers, door prize giveaways (which I thought would never end) and the president of the club giving his pep talk. After the meeting I said my goodbyes, picked up my cool ski club shirt, wrote my check for the January trip and left feeling giddy with relief that the social activities were over and also that I had more social activities with these people in my future.

Ski Club is more than just skiing, downhill and cross-country. They bike, hike and kayak in the off months. They have a book club meeting a couple times a year. And they have a night on the town it seems at least once a month which includes happy hour and dinner at a different venue each month. All this in addition to the monthly meetings. I’ve been on the emails announcing all these activities these past months. 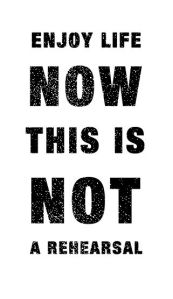 Then Thursday this week another email from ski club. Cross country ski trip to snow country for Saturday! The leader was the woman I had spent the evening of the meeting with. I wanted to go so badly but I was on call this weekend. It would almost be a declaration of independence to be going skiing on the first real good weekend for skiing. It was not just about the skiing. I made arrangements for someone to take my on call for Saturday and I was free to go. So yesterday I met the group of about 10 and we car pooled to snow heaven. I was nervous when we arrived and scanned the cars in the parking lot for TG’s car. Nope not here. I had worried that he might be there with another woman he was courting. We skied for 5 hours with a brief break for lunch. I was nervous. The first time out and not with sweet TG, would I remember how to do this, would I slow everyone down? It was perfect conditions and I had on three layers of clothes because the high was forecast for the low teens. We had an awesome time! It was like riding a bike, my body remembered what to do, I easily stayed with the group, I stayed on my feet down the hills. On the tail end of the outing I fell 4 times. I think I was exhausted not just from the skiing but nerves. I had a few bittersweet moments wishing TG were there because I knew he would have loved it and he makes everything just a little more fun but for the most part I was in the moment and enjoying the company of my new friends. And when after a day of skiing in the bitter cold, we stopped for ice cream on the way home, I knew I fit in with this group.

This entry was posted in Uncategorized. Bookmark the permalink.